This election year, the news cycle has prominently featured two events which have shaped American public discourse about immigration. Those worried about increased immigration, especially immigration from pre-dominantly Muslim regions, point to the November 2015 terrorist attacks in Paris as evidence that lax immigration laws could expose the country to the threat of radical religious terrorism. After all, the thinking goes, there’s no way to really be sure the people we’re letting into the country aren’t affiliated with one of the dozens of rogue terrorist groups that plague large swaths of the Middle East.

On the other side of the political spectrum, the heartbreaking tragedies of Syria’s refugees, who are themselves victims of the same brand of terrorism, have inspired a humanitarian approach to the crisis. They’re satisfied with the U.N’s own “vetting process” for the 10,000 refugees the U.S. has agreed to take in.

Meanwhile, debate about immigration from North and South American countries, particularly Mexico, continues to draw a sharp divide between conservatives and liberals. “The refugee crisis in Europe is an important issue that must be addressed,” writes George Steelhammer, a green card lawyer. “But some politicians are using the situation to justify their positions on other types of immigration issues, which is somewhat dishonest.”

So, what are those politicians saying? Let’s take a look at what the 2016 presidential candidates think about immigration, in their own words.

Donald Trump is known for his hardline stance against illegal immigration. His statements have often provoked controversy from the Latino community. Trump’s written statement regarding the matter states:

“The Mexican Government is forcing their most unwanted people into the United States. They are, in many cases, criminals, drug dealers, rapists, etc. This was evident just this week when, as an example, a young woman in San Francisco was viciously killed by a 5-time deported Mexican with a long criminal record, who was forced back into the United States because they didn’t want him in Mexico. This is merely one of thousands of similar incidents throughout the United States. In other words, the worst elements in Mexico are being pushed into the United States by the Mexican government. The largest suppliers of heroin, cocaine and other illicit drugs are Mexican cartels that arrange to have Mexican immigrants trying to cross the borders and smuggle in the drugs. The Border Patrol knows this. Likewise, tremendous infectious disease is pouring across the border. The United States has become a dumping ground for Mexico and, in fact, for many other parts of the world. On the other hand, many fabulous people come in from Mexico and our country is better for it. But these people are here legally, and are severely hurt by those coming in illegally. I am proud to say that I know many hard working Mexicans—many of them are working for and with me…and, just like our country, my organization is better for it.”

Hillary Clinton has stated she is against illegal immigration, but supports a path to citizenship for people who have already crossed the border. In a 2007 debate with Barack Obama, she stated:

“If we take what we know to be the realities that we confront – 12 to 14 million people here – what will we do with them? I hear the voices from the other side of the aisle. I hear the voices on TV and radio. And they are living in some other universe, talking about deporting people, rounding them up […] I don’t agree with that and I don’t think it’s practical. And therefore what we’ve got to do is to say, ‘Come out of the shadows, we will register everyone, we will check, because if you have committed a crime in this country or the country you came from then you will not be able to stay. You will have to be deported.”

Vermont Senator Bernie Sanders supports several policies which benefit immigrants, along with supporting an easier path to citizenship. The official statement from his website reads:

Former neurosurgeon Ben Carson takes a cautious approach to the issue. In an article for the Washington Times, he wrote:

“Once illegals have legal status, it will be difficult to deny them any of the multitudinous entitlements that are freely distributed throughout our society.” 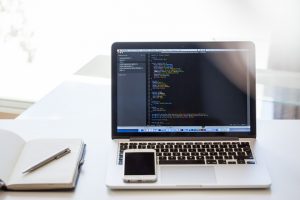